Changes for Google’s Online Video Environment: How Google is Changing the Video Space 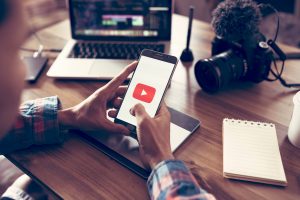 How Google is Changing the Video Space

Google has owned YouTube since October 2006; since then, it has turned the channel from a fledgling online video provider for streamers into a marketing and broadcast powerhouse. In the earliest days of YouTube, you were limited to only 15 minutes for a video. While you could upload almost anything you wanted, there wasn’t much in the way of privacy or data regulation. Large legacy media institutions hadn’t yet learned the power of online video, and ads were a visionary idea that had yet to take off.

Many of the most successful YouTube videos in this early environment were, by necessity, short. Whether it was visiting the zoo or a toddler biting another toddler’s finger, YouTube pioneered the idea of short videos uploaded by friends and family that could be shared, go viral, and achieve a life and culture of their own.

In the intervening time between then and now, short videos have become a huge business, driven first by app-based user video such as Instagram and Snapchat, and now harnessed to incredible success by TikTok. TikTok has been the most downloaded app since 2018, surpassing 3.5 billion downloads. In the first quarter of 2022, TikTok still reigns supreme as the app for short video, exceeding 175 million downloads so far this year. Within the US, it has been the top app every quarter since 2021.

As a result of this unbridled and massive success, apps like Snap, Instagram Reels, and TikTok have vied for the online short video space in record numbers, leaving behind dead competitors like Vine (RIP), Quibi, and Twitter’s Fleets, the latter two of which died within a few months of their launches. Despite these setbacks, all the major short video apps have rushed in based off TikTok’s success, borrowing key features and attempting to improve on the core functionality that has made it such a popular app with people around the entire world.

It is into this fray that YouTube Shorts has emerged.

Much like TikTok and Reels, Shorts is meant to capitalize on short user videos. The interface and functionality are very similar, save for a few integrated Google features to help make the shopping and search feature more pronounced (an advantage Google has over something like Reels or Snap). Shorts, like the other apps, will reward content creators and help enable a customer-centric ecosystem of online content.

YouTube has heralded this as a sort of return to form, bridging the gap between where the platform started and where it is now. Many long-form videos (in the realm of hours) have replaced the now-quaint 15-minute limit that once hobbled YouTube videos. But the idea of short, easily-digestible videos appealing to niche and eventually viral audiences has remained a central part of the online video vision. Ads naturally tailored to this environment mean a better integration of online experiences, no matter the need.

YouTube Shorts has a lot of competition in this sector; online short video has been a unique, extremely successful app-based function for many years, with established giants controlling the space and refusing to cede ground. YouTube Shorts might well stand out via its increased functionality and established brand; currently, Google says YouTube Shorts averages over 3.5 billion views a day (from beta test runs in India since September). If these results are any indication, it’s safe to assume YouTube Shorts has the potential to break into short online video in as big a way as they did way back in 2006.

Of course, all this focus on online video wouldn’t mean much if there wasn’t a robust way to track the views and user analytics. Google’s Performance Max is a new goal-based campaign type that allows advertisers to access all their Google Ads inventory from a single campaign. The idea here is to complement keyword-based Search campaigns to discover potential customers across all of Google’s platforms and features.

For advertisers using Google Ads, Display, and Video 360, there are integrations and features that make this an even better tailored campaign feature. It can also, naturally, be used for YouTube and the new Shorts platform to help find more customers while using new video features and core shopping and search functionality. All of this is powered by personalized and set creative assets, audience signals, and optional data feeds; Performance Max also uses Google’s automation technologies during bidding, budget optimization, audiences, creatives, and attribution.

Among the key benefits, Google lists:

It’s easy to see how such ads and goals can be tailored to videos and video ads, especially on Shorts. Snapchat recently posted a quarterly earnings call, where CEO Evan Spiegel revealed Snap had suffered its first-ever daily active user loss, despite paying out more than $250 million through ad sharing to creatives on the app. The goal for Snap is to grow ad revenue, something it has over rival TikTok, which does not have ad sharing as a feature. These spaces in ad sharing and revenue leave room for a new business model to grow as a competitor. An integrated dashboard and performance tracking function, such as on Google and YouTube, might be the boost needed to help the new platform break through.

During Google’s recent Marketing Live 2022 event, the presenters from Google frequently highlighted how privacy is now a key part of the value proposition through all channels and dashboards. For whatever use and ad campaign, it will be important for marketers to take into account new privacy regulations and user demands to provide a more natural, less intrusive experience.

For businesses, short video and its integrated dashboard provides a massive opportunity for ads and reaching new customers. Nothing shows off a business in a positive light more than fun, engaging content that speaks to the brand’s strengths in a quick, shareable way. For businesses and brands of any size looking to break through the massive information-overloaded ecosystem, the functionality of Performance Max combined with the intuitive, fun nature of Shorts means more people will be more reachable than ever before, with specific audiences and metrics more measurable than previously imagined. Privacy will be a key component to this new environment, along with user intent and listening to the audience.

The app or platform that can balance all of these factors will be the one to survive and thrive in the next decade.